All My Children is an American television soap opera that aired on ABC for 41 years, from January 5, 1970 to September 23, 2011, and on The Online Network since April 29, 2013 via Hulu, Hulu Plus, and iTunes. Created by Agnes Nixon, All My Children is set in Pine Valley, Pennsylvania, a fictitious suburb of Philadelphia which is modeled on the actual Philadelphia suburb of Rosemont. The original series featured Susan Lucci as Erica Kane, one of daytime's most popular characters. The title of the series refers to the bonds of humanity. All My Children was the first new network daytime drama to debut in the 1970s. Originally owned by Creative Horizons, Inc., the company created by Nixon and her husband, Bob, the show was sold to ABC in January 1975. The series started at a half-hour in per-installment length, then was expanded to a full hour on April 25, 1977. Earlier, the show had experimented with the full-hour format for one week starting on June 30, 1975, after which Ryan's Hope premiered.

From 1970 to 1990, All My Children was recorded at ABC's TV18 at 101 West 67th St, now a 50-story apartment tower. From March 1990 to December 2009, it was taped at ABC's television studio TV23 at 320 West 66th Street in Manhattan, New York City, New York. In December 2009, the locale for taping the series moved from the costly New York City to California. The show was then produced in Stages 1 and 2 at the Andrita Studios in Los Angeles, California, and is now produced at the Connecticut Film Center in Stamford, Connecticut. All My Children started taping in high definition on January 4, 2010 and began airing in high definition on February 3, 2010. All My Children became the third soap opera to be produced and broadcast in high definition.

Drama series about life on the wards of Holby City Hospital, following the highs and lows of the staff and patients. 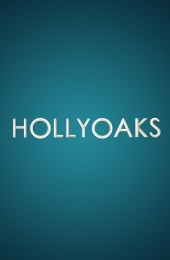 The daily soap that follows the loves, lives and misdemeanours of a group of people living in the Chester village of Hollyoaks where anything could, and frequently does, happen...

River City is a television soap opera, first broadcast in Scotland on BBC Scotland on 24 September 2002. River City storylines examine the domestic and professional lives of the people who live and work in the fictional district of Shieldinch in Glasgow. The series primarily centres around the residents of Shieldinch, their houses, flats and apartments and its neighbouring streets, namely Montego Street and which encompasses a pub, bistro, community centre, café and various small businesses, in addition to a subway station and basketball court.

The series was originally screened as two half-hour episodes per week. Today, one hour-long episode is broadcast each week - usually Tuesday evenings on BBC One Scotland, repeated Sunday afternoons on either BBC One Scotland or BBC Two Scotland. In Australia, River City is screened 11:00am weekdays on Seven's British-oriented multichannel 7TWO.

Venice: The Series is a web series co-produced by and starring American actress Crystal Chappell, and is inspired in part by the "Otalia" storyline on the daytime drama Guiding Light. The series has been broadcast since 2009, and is currently in its fourth season.

Venice is described by Chappell as "a show about families, and life, and all the simplicity of it, and the turmoil of it. We're going to be following a character named Gina who is a designer, and she is a gay woman." 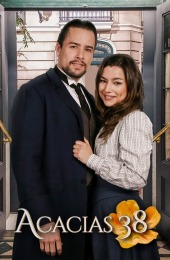 Acacias 38, the address of a stately apartment building where our stories unfold, is set in 1899 and tells the story of a group of maids and the bourgeois families they serve, in a single block in a distinguished neighborhood of a large Spanish city. Two worlds colliding in a universe of crossed lives.

Alles was zählt is a German television soap opera first broadcast on RTL on September 4, 2006. The original plot revolved around Diana Sommer's dream to become a world class ice skater. She fell in love with Julian Herzog, who signed her at the prestigious Steinkamp Sport and Wellness Center, run by the unscrupulous Steinkamp dynasty. Diana and Julian eventually became a couple, but in November 2007, Julian suffered a brain hemorrhage and died during their wedding. Diana remained in Essen until January 2009, when she left to join a skating centre in Halle. The story continues to revolve around the Steinkamp Sport and Wellness Centre and its quest to become a sporting powerhouse, as well as the lives of the characters who work at and around the Centre.